Earth Science Associates welcomes Charles Fried to our team. Charles has over thirty years of experience in the industry and has been a GOM3 user for well over a decade. He is also one of the founders of the Petroleum Users Group (PUG) and former chairman of its steering committee. Based in Houston, he is a great resource to provide demos and bring new and experienced users up to speed on everything within GOM3 and GOMsmart. Contact him to schedule a time for him to visit: charles@earthsci.com.

Before each sale, the BOEM releases an official list of blocks for available for bidding in the upcoming sale. Normally this is released thirty to forty days before the sale, but this month the data was included in the update at the beginning of January. Data can be loaded in ArcMap from either the What's New button (the red exclamation point) or under Map Layers > Leases on the Sale Preparation tab. 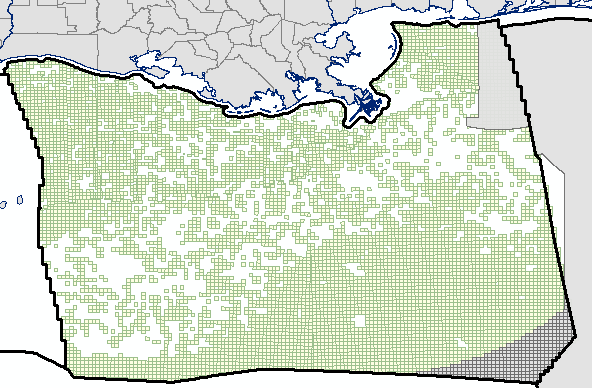 The Sale Preparation tab of the Leases window contains many items to help plan for upcoming sales. This is where 'first time available' blocks can be loaded as well as all unleased blocks and currently leased blocks that are due to expire before the next sale.

Finally, keep in mind that this will be the last sale that divides the Western and Central regions of the Gulf. The next 5-year plan begins in August when a combined Western/Central sale will take place. The choices within the Leases window will be updated in April to handle the different parameters of a gulf-wide sale.

Please let us know your suggestions at contactesa@earthsci.com.